From the CEO Desk 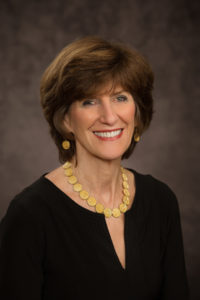 The 2018 Chinese New Year began this year on February 16 – the Year of the Earth Dog. During the Year of the Dog, satisfaction and joy will occur from successful outcome of projects undertaken in the previous year, the Year of the Fire Rooster, 2017. The productivity of last year, as well as the previous investment of efforts in 2015, 2016 and earlier are coming to fruition in 2018. In 2015 the NCCAOM set several strategic goals for the organization, two of which related to increasing opportunities for NCCAOM Diplomates to be successful in their careers as acupuncturists. These goals were to:

The NCCAOM Board of Commissioners, staff and I are also very pleased that our efforts working with the federal agencies such as Bureau of Labor Statistics and Department of Veterans Affairs have resulted in excellent outcomes with the 2018 Standard Occupational Classification System Handbook being published this year demonstrating for the first time that Acupuncturists have their own independent Standard of Occupational Code – SOC – 29-1291. This is how SOC Title Acupuncturists is defined:

Licensed Acupuncturists now have a direct match to a single SOC occupation. This allows the BLS to track the profession and provide valuable occupational data to other federal agencies such as the Veterans Health Administration (VHA), which brings us to our second exciting announcement during the Year of the Dog.  The February 7, 2018 issue of the Department of Veteran’s Affairs (VA) Handbook now contains qualification standards for employing Acupuncturists in the VA.  We are most pleased to report that active NCCAOM certification is an independent criterion for those acupuncturists who want to work in the VA Health Administration. Further, Acupuncturists in the VA now have a GS range of GS 9 -12, depending on the Acupuncturist’s level of education, training, and experience. This allows for an Acupuncturist to grow within their job title or have advanced placement within the system, depending on their experience and education; however, all acupuncturists must be NCCAOM certified.

This exciting news comes at an opportune time when Acupuncturists are desperately needed in the VA system to treat pain and addiction, a common issue with many veterans. Juli Olson, DC, MAOM, Dipl. Ac. (NCCAOM)® who also served on the NCCAOM 2017 Job Analysis Panel was instrumental as the VA’s first National Program Director for Acupuncture in making this milestone happen. Olson worked closely with Ben Kligler, MD, MPH, Integrative Health Coordinating Center’s (IHCC) Director. The NCCAOM would also like to thank Tracey Gaudet, MD, Director, Office of Patient Centered Care at VHA for her many contributions to this initiative. Thanks to Olson, Kligler, Gaudet, and the early work of Janet Durfee, RN, MSN, APRN, Deputy Chief Consultant for the Office of Public Health/Clinical Health Program for the Dept. of VA, with whom my staff and I met in 2013 to start this process of data collecting and building the qualifications at the VA office in Washington DC. Now, NCCAOM National Board-Certified Acupuncturists™ have a distinct employment standard and a respectable government scale to work in the VA system. Please see NCCAOM’s press release via the website. There will be more to come on this opportunity as the VHA prepares to incorporate Acupuncturists into its healthcare system.

Finally, I end on a note of fulfillment and continued optimism as more federal agencies will open their doors to incorporate the many talented and dedicated Acupuncturists so that they can help thousands of patients who would have never had access to this wonderful medicine. NCCAOM remains committed to working on behalf of you, as our valued Diplomate, to promote and advance your national certification as the mark of true excellence in the field of acupuncture and Oriental medicine. Remember to  promote yourself as an NCCAOM National Board-Certified Acupuncturist™ to the public on your business cards and on your website and in your brochures.

I hope you enjoy our Spring issue of the Diplomate E-News You Can Use.