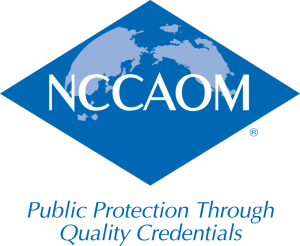 The New National Institute for Health and Care Excellence Guidelines on Acupuncture: Wrong on Evidence, Wrong on Ethics

This Press release on the wire

La Verne, Calif., November 30, 2016 – The United Kingdom’s National Institute for Health and Care Excellence (NICE) recently published an update to its guidelines for the management and treatment of low back pain that removes acupuncture as a recommended treatment. This decision reverses the recommendations of the 2009 committee who recommended it based on robust evidence. The guidelines govern which treatments Primary Care Physicians in the National Health Service (NHS) can offer their patients suffering with back pain; removing the recommendation means Primary Care Physicians will need to rely more on riskier treatments like painkillers or less effective treatments like exercise.

According to the Acupuncture Now Foundation (ANF), the about-face by this NICE committee goes against the trend of medical institutions in other countries, such as the United States, Canada, Germany, Australia and New Zealand, which are increasingly recommending acupuncture as a safe, effective, non-pharmacological treatment for low back-pain. The U.S. Department of Health and Human Services National Center for Complementary and Integrative Health, released research in September 2016 validating the effectiveness of acupuncture and other non-drug health therapies for pain. Published in the Mayo Clinic Proceedings journal, the piece, “Evidence-based Evaluation of Complementary Health Approaches for Pain Management in the United States,” compiled evidence on non-pharmacological approached to pain management and concluded that acupuncture is an effective intervention.

The rationale for the decision from NICE was based on studies comparing acupuncture treatment to ‘sham-acupuncture’, an acupuncture-like treatment that also uses acupuncture needles but is not considered to be an inert placebo control. Guideline developers in other countries have increasingly steered away from using these sham studies, which have little to no clinical relevance for Primary Care Physicians or their patients.

“It is very troubling that even though the NICE committee found that acupuncture was more effective than conventional care for ‘pain, function and quality of life,’ they still recommended against it,” said Matthew Bauer, President of the non-profit Acupuncture Now Foundation. “If the NICE committee that gathered and interpreted the evidence included experts in acupuncture research they would have been informed that sham studies for acupuncture are no longer recommended due to the fatal flaws in their methodology.”

All other manual therapies reviewed and recommended by NICE, such as manipulation, massage or exercise, were primarily compared to usual care and generally were not shown to be better than placebo. By requiring acupuncture to outperform sham treatment, but not exercise or manual therapies for example, represents a bias in deviation in recognized guideline development practice, where great lengths are normally taken to compare treatments using the same measuring stick. NICE did not adequately justify why acupuncture alone was singled out in this way.

“As addictions to, and deaths from prescription opioids such as oxycodone, hydrocodone, and methadone continue to rise, raising awareness about effective, non-pharmacological, non-invasive therapies like acupuncture is more important than ever,” said Kory Ward-Cook, PhD, MT(ASCP), CAE, CEO of the National Certification Commission for Acupuncture and Oriental Medicine. “The guideline reviews published by the Agency for Healthcare Research and Quality brings greater attention to the use of acupuncture to treat and relieve chronic pain.”

The updated NICE recommendations could mean reduced choice for patients and their health care providers as they lose access to acupuncture on the NHS when it has one of the best combinations of benefit to harm ratio of any treatment evaluated by NICE, leaving them with less effective options that often carry a much greater risk. For more information, visit the Acupuncture Now Foundation website at www.acupuncturenowfoundation.org.

Acupuncture Now Foundation (ANF) was founded in 2014 by a diverse group of people from around the world who were concerned about common misunderstandings regarding acupuncture and wanted to help acupuncture reach its full potential. With a mission to elevate acupuncture’s impact on easing suffering and enhancing health through accurate information about its best practices, the organization seeks recognition as a leader in the collection and dissemination of unbiased and authoritative information about the practice of acupuncture. For more information, visit https://acupuncturenowfoundation.org/about-us/.